Guarding the Cornfields, 1854, by Seth Eastman 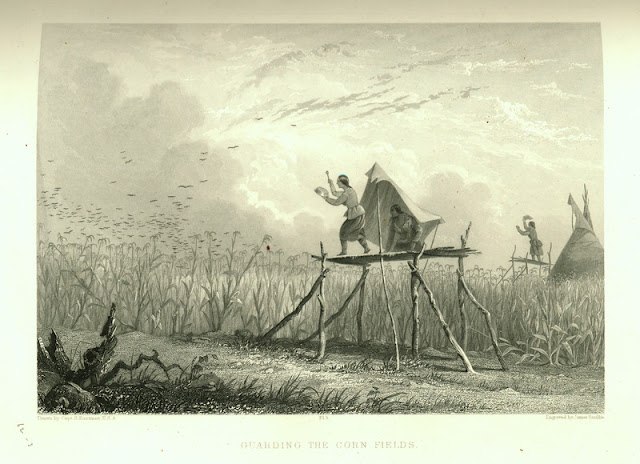 Seth Eastman served in the US Army, including two tours at Fort Snelling in the Minnesota Territory (near present-day St. Paul). During his second tour there, he was the fort’s commanding officer. While stationed at the fort, he painted a number of scenes of Native American life in the region. In the above scene, Native Americans use noise-making devices to frighten crows and other birds away from their corn fields. Eastman contributed hundreds of illustrations, including this one, to Henry Rowe Schoolcraft's six-volume study on History of Indian Tribes of the United States (1851–1857).

This image appears on the Lincoln/Net web site.